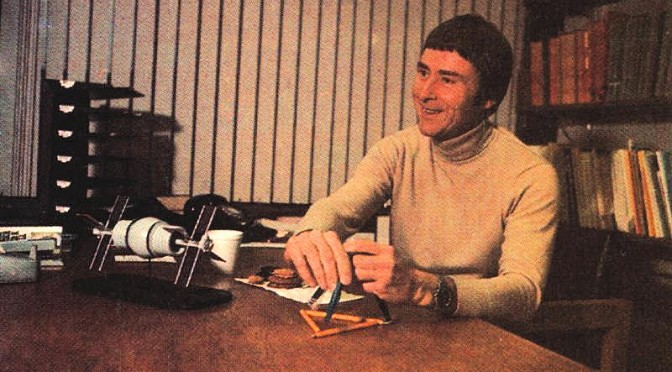 “Is a planetary surface the right place for an expanding technological civilization?”
– G.K. O’Neill to his students in 1969 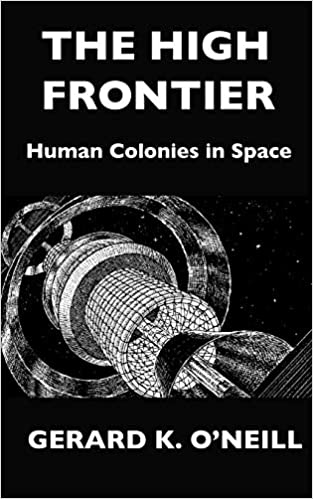 In the mid 1970’s the late physics Professor Gerard K. O’Neill published his book The High Frontier. In it he laid out a possible road map for human settlement beyond the Earth. To O’Neill the future was positive and exciting, and his astronauts looked like you and me. He believed in the power of individuals carving out pockets of life in a largely dead Solar System, and he basically told us how to do it…

“Dr. O’Neill is a dreamer, yet a perceptive thinker. It is extraordinary to realize that his dream of just a decade ago is now becoming achievable through our collective technology. Humanity’s future is fast extending into the Solar System.”
– Dr. Joseph P. Allen, Astronaut

“Gerard O’Neill’s The High Frontier published nearly a decade and a half ago changed our way of thinking of space, of space habitats, of the Moon and Sun as resources. This new edition is more cogent than ever, for it deals with the way in which both our needs and abilities are driving us nearer the day when humanity will move outward in force.”
– Isaac Asimov

“The High Frontier provides a lucid description of the next phase in biological evolution…a thought-provoking work of true historical significance. It should be read by all who would understand the impact of advancing technology on life in the next century.”
– Thomas Paine, Administrator, NASA, 1968-70

“Our technology is capable of extraordinary new ventures in space, one of which Gerard O’Neill has described to you…It is practical.”
– Dr. Carl Sagan

“The High Frontier is O’Neill’s eloquent and elegant argument…I’m backing O’Neill. How about you?”
– New Scientist

“Dr. Gerard O’Neill had a profound impact on my life and it’s not an exaggeration to say that his ideas changed the entire trajectory of my professional career.”
– Dr. Jim Logan
former NASA Flight Surgeon on Gene Kranz’s Mission Control Team

This cornerstone book of the Space Industry is available for you in Kindle and paperback formats.
Get yours today.
For the SSI Paperback, click here.
Kindle apps and devices, click here.

Want to try a taste first?  We’ll even read it to you.
Chapter 2 is on the SSI Soundcloud channel.

Gerard K. O’Neill was born in Brooklyn in 1927. He graduated from Swarthmore College in 1950, and received a doctorate in physics from Cornell University in 1954. That year he joined the faculty of Princeton University, which he remained associated with until his death in 1992. Dr. O’Neill’s early research focused on high-energy particle physics. In 1956 he invented the storage ring technique for colliding particle beams. His studies on the colonization of space began in 1969 as a result of undergraduate teaching at Princeton. In 1977, he founded the Space Studies Institute, an organization that continues today to fund research in space manufacturing and resources.